Most prescriptions are delivered within 3-5 days.
In Stock
FREE 1-3 day shipping over $49
We'll collect your pet's prescription information at Checkout. Clavamox is a broad-spectrum antibiotic for dogs and cats. It's often prescribed by veterinarians for the treatment of infections, like those found in the urinary tract. This medication can also help treat infected wounds and abscesses, and comes in an easy-to-administer liquid form—simply disguise it in normal meals.

Clavamox is used to treat susceptible bacteria that cause infections in regions of the body. Clavamox can also be effective in treating infected wounds. Clavamox is not a treatment for viral or parasitic infections.

Possible Side Effects: The most common side effects include vomiting, diarrhea, and lack of appetite. Symptoms of an allergic reaction include shortness of breath, hives, swelling of the lips, tongue, or face, rash or collapse. Other less serious side effects such as a yeast or fungal infection may be more likely to occur. Contact your veterinarian immediately if any unusual symptoms develop while your pet is taking Clavamox.

Tell your veterinarian about any vitamins, supplements, or medications your pet is taking before starting Clavamox. Interactions may occur with bacteriostatic drugs such as erythromycin or tetracyclines.

Safety of use in pregnant or breeding animals has not been determined. For use in dogs and cats only.

Dogs: The recommended dosage is 6.25 mg/lb (1 mL/10 lb) of body weight twice a day. Skin and soft tissue infections such as abscesses, cellulitis, wounds, superficial/juvenile pyoderma, and periodontal infections should be treated for 5–7 days or for 48 hours after all symptoms have subsided. If no response is seen after 5 days of treatment, therapy should be discontinued and the case reevaluated. Deep pyoderma may require treatment for 21 days; the maximum duration of treatment should not exceed 30 days.

Cats: The recommended dosage is 62.5 mg (1 mL) twice a day. Skin and soft tissue infections such as abscesses and cellulitis/dermatitis should be treated for 5–7 days or 48 hours after all symptoms have subsided, not to exceed 30 days. If no response is seen after 3 days of treatment, therapy should be discontinued and the case reevaluated.

Store the suspension in the refrigerator. Do not store dry powder at temperatures above 77°F. Use within 10 days.

Clavamox is an antibiotic belonging to the penicillin family. Clavamox contains amoxicillin and clavulanate and is known as potentiated penicillin. Antibiotics, also known as antimicrobials, are used to treat infections caused by bacteria. They do not work against viruses.

How Should Clavamox Be Stored?

Clavamox tablets should be kept in a cool, dry place at room temperature. (Do not remove the tablets from the foil strip until ready to use.)

Clavamox drops should be kept in the refrigerator. Drops are good for 10 days after you have mixed up the solution. After ten days, be sure to throw away any unused drops.

Can I Remove The Tablets From The Foil All At Once?

The tablets need to remain in the foil until ready to use. The product is not stable outside of the foil packaging and efficacy may be affected.

Can I Break The Tablets In Half?

Clavamox is not scored and is not meant to be broken in half. Once the tablet is removed from the foil, the unused half should not be stored for any period of time.

I Left The Clavamox Drops Out Of The Refrigerator. Are They Still Safe To Use?

Clavamox drops must be stored in the refrigerator. If there has been any change in color or odor of the product it is recommended to discard it.

Can Clavamox Drops Be Frozen?

No. Clavamox drops are damaged by freezing.

What Are The Possible Side Effects With Clavamox?

What Are The Indications For Clavamox?

What Adverse Events Can Occur With Clavamox?

What Is The Dosage For Clavamox?

Dogs: The recommended dosage is 6.25 mg/lb of body weight twice a day by mouth.

Skin and soft tissue infections such as abscesses, cellulitis, wounds, superficial/juvenile pyoderma, and periodontal infections should be treated for 5–7 days or for 48 hours after all symptoms have subsided. If no response is seen after 5 days of treatment, therapy should be discontinued and the case reevaluated. Deep pyoderma may require treatment for 21 days; the maximum duration of treatment should not exceed 30 days.

Cats: The recommended dosage is 62.5 mg twice a day by mouth.

Skin and soft tissue infections such as abscesses and cellulitis/dermatitis should be treated for 5–7 days or for 48 hours after all symptoms have subsided, not to exceed 30 days. If no response is seen after 3 days of treatment, therapy should be discontinued and the case reevaluated.

Urinary tract infections may require treatment for 10–14 days or longer. The maximum duration of treatment should not exceed 30 days.

Are There Any Contraindications Doe Clavamox Use?

The use of this drug is contraindicated in animals with a history of allergic reaction to any of the penicillins or cephalosporins.

When Was Clavamox Launched In The Us?

Clavamox was launched in the US in 1984 by SmithKline Beecham (SKB) Animal Health. It became a PAH product in 1994 after SKB was sold to Pfizer.

What Is The Youngest Age That A Dog Or Cat Can have Clavamox?

There is no minimum age for the use of Clavamox on the product label. In Dr. Margaret Root-Kustritz’s reproductive/neonatology book (Clinical Canine and Feline Reproduction: Evidence-Based Answers), she provides a Clavamox dose of 12.5-25.0 mg/kg PO every 12 hours for kittens and 20-30 mg/kg PO every 8 hours for puppies.

Is Clavamox Affected By Stomach Acids? Is Clavamox Readily Distributed Into Tissues After Administration?

Clavamox is stable in the presence of gastric acid and not significantly influenced by gastric or intestinal contents. The two components are rapidly absorbed resulting in amoxicillin and clavulanic acid concentrations in serum, urine, and tissues similar to those produced when each is administered alone. Amoxicillin and clavulanic acid diffuse readily into most body tissues and fluid with the exception of brain and spinal fluid.

What Is The Half-Life Of Clavamox? How Is Clavamox Metabolized And Excreted?

Per Plumb’s Drug Formulary, the half-life in dogs is .39 hours with peak plasma levels occurring 1 hour after absorption. The drug is excreted unchanged in the urine. In dogs, 34-52% of a dose is excreted in the urine as unchanged drug and metabolites, 25-27% eliminated in the feces and 16-33% into the respired air. 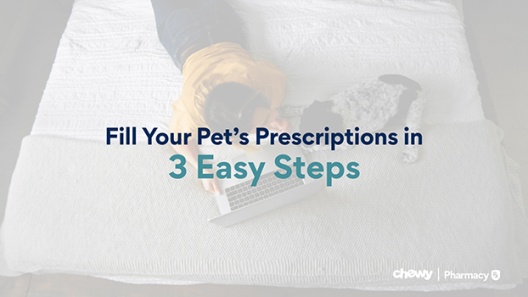 Learn More About Clavamox From Our Team of Experts

My cat developed a bad cough along w/sneezing. On day 8 of treating my cat, she’s doing much better. The horrible cough is gone, but must finish her 10 day treatment. It’s nice to have a antibiotic at home, ready for the unexpected illness! Added extra..I save $55.00 on each vet visit I do not need!

I was told they would contact the vet or talk to their pharmacist after they finish the phone call and get the meds out to me for my dog asap. Half hour later got an email that my order was on it's way, got delivery in three days.

My cat refuses to take pills so this liquid solution was a life saver. Got rid of his infections very quickly and he is happy and healthy.

My cats deserve the best

I love Chewy because the service and products are outstanding. Even if I have a prescription product Chewy will contact my veterinarian for approval.

Service and medication great. Unfortunately, Little Dolores passed away on Christmas Eve morning. Thanks to Chewy for being a great source of pet items. Right now I will not be getting another pet. I just can't go through this again. Thanks for all you do.

Comes as a powder.. A little thick because you have add water yourself. It needs to be stored in the fridge after its mixed.

It was very easy to order the medicine for my cat. Chewy contacted the veterinarian and the prescription arrived at my house in a few days.

Needed this antibiotic yesterday. Put in my order and amazing got the order quickly. I mean so awesome. 4 days instead 7. Good price too. Biggest plus, right to my door.

I've used chewy pharmacy several times. the prices are good, but it's not the place to go if you need it fast. My vet approved it immediately, yet it took a week to arrive. Too long to wait.